Fatigue Danger in Shutdowns and Turnarounds 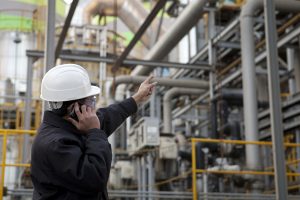 We’ve previously written tips on how to safely and efficiently perform shutdowns and turnarounds. But did you know there is a worker fatigue danger associated with them? We all want to get the job done as quickly as possible to avoid lost down time. But how far can workers be pushed before the tasks become unsafe?

The Facts on Fatigue Danger in Shutdowns and Turnarounds

The American Society of Safety Professionals conducted a comprehensive study on this very topic. It was a three-year study that at one point involved 25 workers who wore sensors while they performed common tasks performed in the manufacturing industry. They included assembling, stocking, and holding flexed or static positions. They worked in three-hour periods with the data being collected without interfering in the worker’s normal routine. Researchers studied how well the workers performed a task in the first hour versus the second and third hour when fatigue sets in. A few key takeaways of the study include:

How to Prevent Fatigue Danger in Shutdowns and Turnarounds

In short, wearable technology was found to have the most success in identifying worker fatigue along with the danger that goes along with it. In fact, the study was quoted to say “wearable technology can uncover precursors to larger problems” as well as to help “establish safety interventions.” The interventions can include anything from mandatory breaks to adjusting posture to sending the worker home, depending on your needs. The wearable tech can be programmed to monitor heart rates, torso movement, and even movement information for fatigue monitoring. For example, if a worker was asked to swing a hammer for a given period of time, the wearable tech could tell a supervisor when the movements reached unacceptable parameters.

How to Use Wearables to Prevent Fatigue Danger

It is essential to select the right wearable for your industry and application. They come in both sensor type and wear location. Be sure to let your employees know how they work, how data will be used, and other important information so they know their privacy is not being violated. Assure them the sensors are for safety and not monitoring of productivity. You may provide your workers with an option to not share their data or even another to opt-out of the wearable program. Be sure to let them know the pro’s and con’s of the tech. Take a survey (general or detailed) on how workers feel about the wearables before and after their implementation to ensure they are being used correctly.

The team at AMACS are leaders in assisting all types of oil and gas turnaround challenges by offering state of the art trays, packing and other process tower internals. Other AMACS solutions include mist eliminators, feed inlet devices, wedge wire screens, and more. Contact us if you would like to know how we can help in your next turnaround.